We employ local Cambodian staff who share the vision and mission of Empowering Cambodia to work in administrative and on the ground roles. 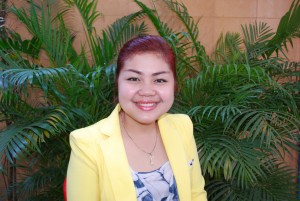 Malis was born in the province of Kampong Cham and is married with two young children. Malis graduated from Mouk High School in 2004 before studying Business Management at the National University of Management. Malis embarked on her Empowering Cambodia career in 2010 in the capacity of Director’s Assistant and was later appointed to the position of Program Manager. In 2012 Malis embraced her promotion to Operations Manager and in 2014 to promoted to Directors ‘Assistant. As a result of an organisation restructure in 2017, Malis was appointed to her current position as Operations Administrator. Read More

Malis’s career history includes employment as a Training Assistant with Community Enabling Healthcare and Nurturing Christian Commitment Coordinator with Hagar. In addition to this, Malis has successfully completed extensive training in administration and leadership which makes her an integral team member.
Besides her wealth of administrative experience Malis perfectly compliments the organisation with her beautiful contagious vivacious personality which makes her a pleasure to work with. 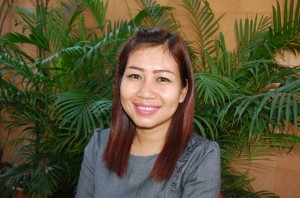 Nileak was born Koh SoTin Island, Kampong Cham Province, has two sisters and three brothers and is a widow with three young children
Nileak is a Build Bright University graduate, Bachelor of Law, and is currently pursuing a post degree, Master of Development Management at Norton University. In addition to this, Nileak brings a wealth of knowledge to the organisation as she has completed an extensive training program and as a result is a great addition to our management team.Read More

Nileak has worked for a number of organisations in various administration and leadership roles throughout her career including New Life Foundation, New Life Fellowship International Christian School and International Cooperation Cambodia. Nileak joined us in 2014 as Development Assistant and through her commitment to the organisation, in conjunction with her displaying a wealth of expertise, was soon offered a position as Data Manager.
Nileak enjoys being on the team and we look forward to serving the Cambodian people together for the sake of the societies development and the rising of the next generation. Nileak’s quite composure, strength of spirit and expertise makes her an absolute joy to work with.

The individuals that make up this team are a wonderful group of people with big hearts who are dedicated to serve the poor trapped in the poverty cycle and living in the villages within the province.

The energy and passion they bring to the organisation ensures that the lives of the beneficiaries of the program are transformed and the poverty cycle broken as they fight poverty practically.

Our lives begin to end the day we become silent about things that matter.